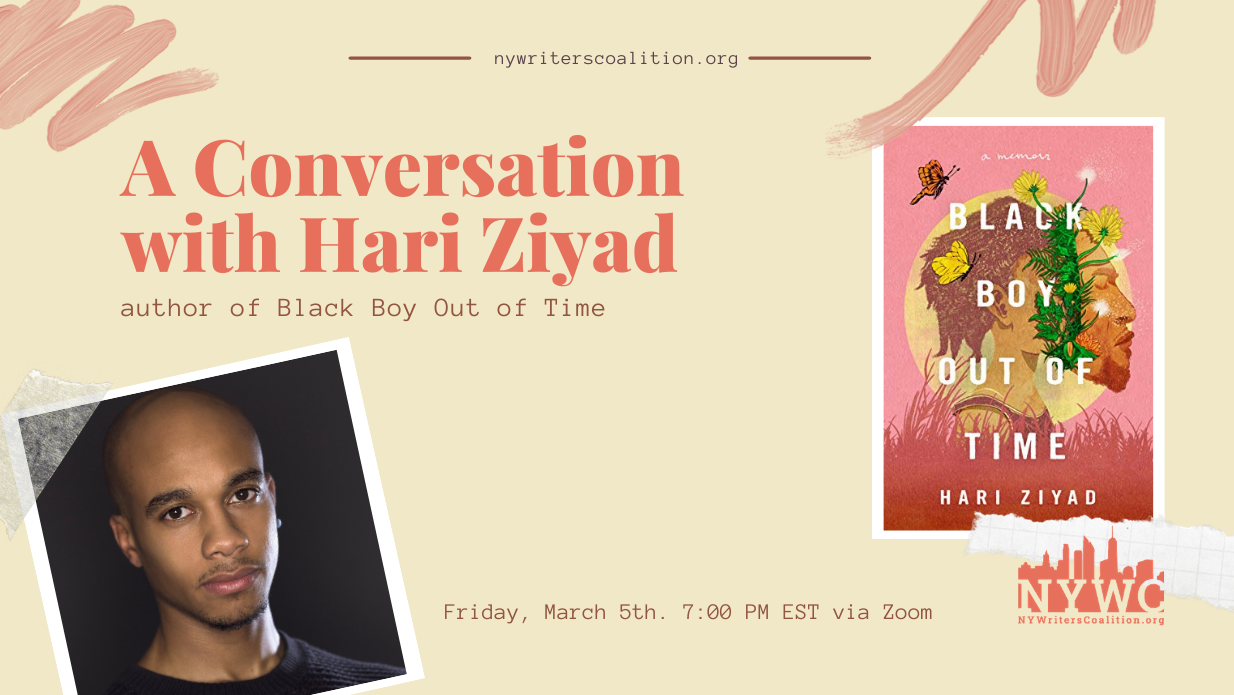 Join NYWC’s Program Director Timothy DuWhite as he interviews Hari Ziyad (hariziyad.com), the editor-in-chief of RaceBaitr and author of the new memoir BLACK BOY OUT OF TIME.

About BLACK BOY OUT OF TIME:

“One of nineteen children in a blended family, Hari Ziyad was raised by a Hindu Hare Krishna mother and a Muslim father. Through reframing their own coming-of-age story, Ziyad takes readers on a powerful journey of growing up queer and Black in Cleveland, Ohio, and of navigating the equally complex path toward finding their true self in New York City.

“Exploring childhood, gender, race, and the trust that is built, broken, and repaired through generations, Ziyad investigates what it means to live beyond the limited narratives Black children are given and challenges the irreconcilable binaries that restrict them.

“Heartwarming and heart-wrenching, radical and reflective, Hari Ziyad’s vital memoir is for the outcast, the unheard, the unborn, and the dead. It offers us a new way to think about survival and the necessary disruption of social norms. It looks back in tenderness as well as justified rage, forces us to address where we are now, and, born out of hope, illuminates the possibilities for the future.”

Learn more about Hari and purchase BLACK BOY OUT OF TIME HERE: hariziyad.com/black-boy-out-of-time. 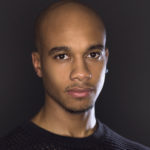 Hari Ziyad is a cultural critic, a screenwriter, the editor-in-chief of RaceBaitr, and the author of Black Boy Out of Time. They are a 2021 Lambda Literary Fellow, and their writing has been featured in BuzzFeed, Out, the Guardian, Paste magazine, and the academic journal Critical Ethnic Studies, among other publications. Previously they were the managing editor of the Black Youth Project and a script consultant on the television series David Makes Man. Hari spends their all-too-rare free time trying to get their friends to give the latest generation of R & B starlets a chance and attempting to entertain their always very unbothered pit bull mix, Khione. For more information about the author, visit www.hariziyad.com.