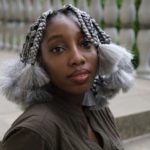 Alisha Acquaye is a writer, artist and event organizer with a passion for mutual empowerment across POC communities, and self-imagination as an instrument for resistance. Her work—ranging from journalism, creative nonfiction and multi-media collaboration—explores the relationships between art, identity, culture and intersectionality. Alisha is particularly inspired by the creative and afrofuturistic methods Black people use to reclaim their narratives, and self-care and community building as formative weapons against oppression.In addition to documenting and storytelling, Alisha co-founded Sister Circle Brunch, a womxn of color event for sharing food and discussing self-care, and Unblended, a photo and interview series that celebrates the importance of Afro Asian friendships. You can find Alisha at alishaacquaye.com and read her essays in Teen Vogue, GQ, Allure, OkayAfrica, ELLE, The Establishment, Catapult, and more.

John Maney is originally from St. Paul, Minnesota, where he attended Macalester College, majoring in Religious Studies, and Sociology. In 1995 John moved to New York to pursue writing. While in New York he has attended poetry workshops at the Frederick Douglas Creative Arts Center, as well as through Cave Canum. John is a member of the New York Writers Coalition and The Writer’s Room. He has published in the anthology HEAL, by Clique Calm Books; the anthology Testimony, by Free Spirit Press; and most recently in Art’s Buoyant Felicity, by Evolutionary Girls. He’s also had poetry appear in Sufi Magazine, and has a chapbook entitled Nkatie Wonu, by Broken Rose Publications. John has been featured in readings at several venues throughout New York City and State. Under the auspices of the New York Writers Coalition John has conducted creative writing workshops for formerly incarcerated men and women at the Fortune Society, in Queens. He currently leads an ongoing workshop at the Port Morris Wellness Center, an addiction treatment program through Albert Einstein Medical College in the Bronx. 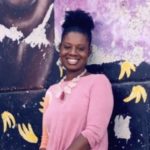 Takiyah Jackson is currently teaching fourth grade in Manhattan after a seven-year hiatus spent coaching and training teachers in NYC. She also happens to be a Creative Nonfiction MFA drop out, who found her voice taking independent workshops with Black and Afro Latina-women writers. She studied Creative Nonfiction at Wroxton College in London and attended VONA where she studied Creative Nonfiction with Jaquira Diaz (author of Ordinary Girls). Takiyah is currently working on a memoir titled “Riding in Cars With Boys–or How Not To Raise a Misogynist” which tells her story of mothering a Black boy in America as a young woman battling racism and sexism. If you ask her, she’ll tell you that her greatest accomplishment is raising her seventeen-year-old son to deeply and unapologetically experience Black Boy Joy.