Welcome to NYWC’s Favorite Reads of 2020. As we know this past year has been a whirlwind, and many of us used our time indoors to ground ourselves with some reading. We asked our staff, board members and workshop leaders for their favorite things they’ve read last year. Many picked things that were released in 2020, some chose poetry and prose that was published before that, while others even chose classics. Some selected fiction, others selected nonfiction. We hope you’ll find something that will intrigue you so much that you’ll either read it right away or head to you nearest local bookstore and/or library to pick it up! So here it is, NYWC’s Favorite Reads of 2020:

When You Learn the Alphabet by Kendra Allen
One of absolute favorite essay collections! So brilliant, emotional and poignant. I will be rereading it every year.
america, MINE by Sasha Banks
This book of poems imagines an American apocalypse where white supremacy is no more. It’s chilling and imaginative with poems that’ll stick to your bones.
Sons of Achilles by Nabila Lovelace
Another amazing book of poems. This collection explores how. for Black women, loving the men in our families – who often hurt, abuse or neglect us – wounds our emotional, mental and physical anatomies.
In The Dream House by Carmen Maria Machado
A thrilling, genre-bending memoir that uses elements of horror and queer theory to add to the (often invisible) cultural archive of same sex abusive relationships.
Black Imagination by Natasha Marin
A collection of short poems and prose by several Black writers coming together to explore the boundlessness of our imagination and existence. This book is a vessel of freedom. I read it in one sitting.
★★★★★★ 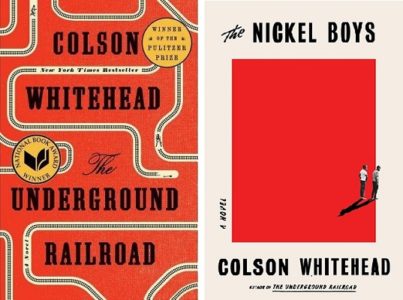 Calley Anderson
The Underground Railroad by Colson Whitehead
The Nickel Boys by Colson Whitehead
Colson Whitehead has this magical ability to craft his characters (particularly his protagonists) so earnestly that their truths and voices solidify in your own body like concrete. Though the horrors and discoveries in these two books are at times hard to grapple with, you endure with these characters because you have come to understand them. At least, that’s what you believe–because you’ve seen and heard and invested in their truths that were always so clear. But then Whitehead does this thing where, in the smallest yet most monumental way, he shifts the reader’s understanding of truth and leaves you to reckon with it. It makes the first read of either–or both–of these books an unforgettable experience.
★★★★★★ 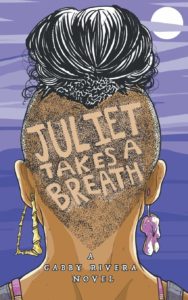 Jarvon Carson
Juliet Takes a Breath by Gabby Rivera
It’s a refreshing take on the classic coming- of- age trope: Set in the Early Aughts, it covers a lot of people, places, things and ideas in not a lot of book, moving storylines along and provoking a lot of thinking re: themes of intersectionality, power/representations structures, regional cues and what things are and aren’t within our control — but how even that can change.
Well written, fun read with great cover art from a new-ish writer with an interesting voice and perspective.  Unique but realistically fictitious tale of an eye opening Summer you could definitely envision a young person having and learning from, highs and lows included.
★★★★★★ 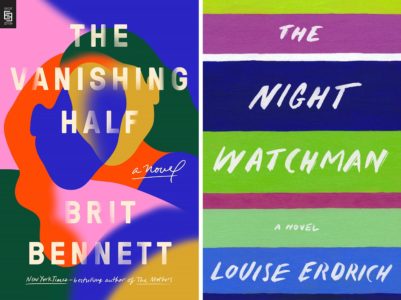 Deborah Clearman
The Vanishing Half by Brit Bennett
Identical twin sisters, growing up in the 1950s in a fictional small town in Louisiana inhabited by light-skinned blacks, make vastly different choices over decades. One returns to her hometown in 1968 with her young and very black daughter. The other disappears, fleeing to Los Angeles and passing into the white world, cutting off all communication with her past. A brilliant novel about racism, colorism, and the price that not only the sisters but also their daughters pay.
The Night Watchman by Louise Erdrich
Set in 1953-54 on the Turtle Mountain Reservation of North Dakota and based on Erdrich’s grandfather who, as tribal chairman, fought an effort in the US Senate to terminate the tribe’s status. Multiple fictional characters interact in short, compelling vignettes that weave together traditional Chippewa culture, realistic life on the reservation, the search for a missing sister, ghost stories, uproarious humor, coming-of-age yearning, and politics into a dazzling whole. Some of the best sex scenes ever.
★★★★★★ 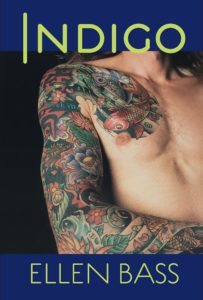 Ellen Bass’ new book of poetry, Indigo, is the best I have read this year. Here is a sampling from just two of the generous and loving poems in this collection:

Sous Chef  evokes the intimacy of cooking together:

“With all that’s destroyed, look
How the world still yields a golden pear.
Freckled and floral, a shimmering marvel.
It rests in my palm so heavily, perfectly.
Somewhere there is hunger. Somewhere, fear.
But the chopping block is solid. My blade sharp.”

Black Coffee is a tribute to her mother:

“She’d left my father in the hospital–
this time they didn’t know if he’d live,
but she had to get back to the store. Halfway
she stopped at a diner and ordered coffee.
She sat in the booth with her coat still on,
crying, silently, just the tears rolling down,
and the waitress never said a word,
just kept refilling her cup.” 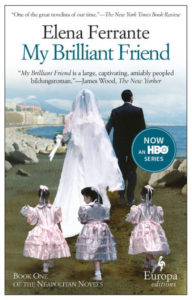 Nicole Di Luccio
My Brilliant Friend by Elena Ferrante
My Brilliant Friend (and its succeeding books) has perfected the language that comes with having a friend whom you both admire yet long to be; the healthy-yet-not-so competition between two young women; the peril of growing up, of growing, of not knowing who are just yet, and in not knowing if you ever will. Ferrante manages to draw her readers into the world of her characters effortlessly, fluidly, but this novel is every bit fine literature as it is escapism. And what better time, too, to binge this series than in the midst of a pandemic?
★★★★★★

Timothy DuWhite
The Death of Vivek Oji by Akwaeke Emezi
This story may break you, but honestly, it is absolutely worth it.
The Fifth Season by N. K. Jemisin
Hands down, one of the best trilogies I have ever read in my life. Definitely get on this ride.
In the Dream House by Carmen Maria Machado
This book is an absolute masterpiece. It is tender, and rough, and full of heart and soul.
★★★★★★ 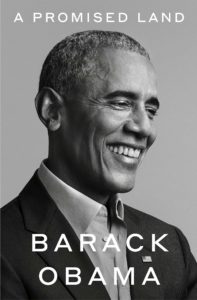 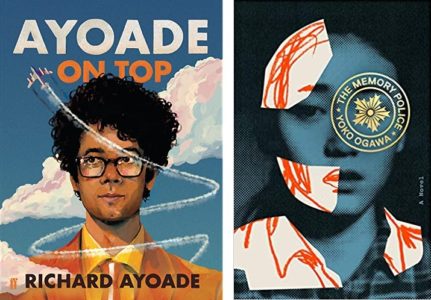 Daisy Flores
Ayoade on Top by Richard Ayoade
British Comedian, Actor and Filmmaker Richard Ayoade takes us through a hilarious journey about a “mediocre” ’00s comedy film, but it dives in to so much about filmmaking while being entertaining, which is a feat in and of itself. I love how each chapter is drenched in his humor,  which is odd and dry.
The Memory Police by Yōko Ogawa
A psychological and surreal ride of a novel. There are deeper themes in here about authoritarianism that really made me think about our current reality, yet Ogawa still keeps a dreamlike tone throughout the book.
★★★★★★
Susan Karwoska
I’m recommending two short stories I read this year, the year when, for the first time in my life, I found it difficult to call up the focus required for reading novels, the daily news having commandeered—for many months—the lion’s share of my attention. It was short stories, with their condensed worlds, the liberation they offer within a relatively confined space, and their embrace of the essential that wooed me, weened me from my doom scrolling, and brought me back to a sense of what art can be and do in times like these.
The Three Women of Chuck’s Donuts by Anthony Veasna So
The first a strange and funny and dark story by a writer, Anthony Veasna So, who recently passed away at the age of 28, just as his first book, Afterparties, was about to be published.
Love Letter by George Saunders
The second story I’m recommending by George Saunders, has haunted me since I first read it. If you can, listen to it as well—read by Saunders himself.
★★★★★★ 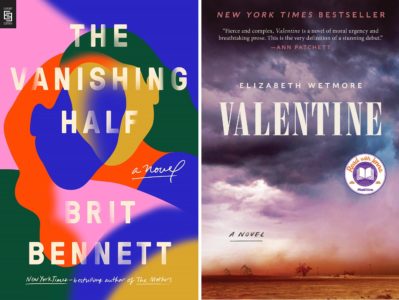 Alison Lowenstein
The Vanishing Half by Brit Bennett.
After reading The Mothers, I was waiting for her second novel and wasn’t disappointed. The story is engrossing, important and is almost impossible to put down.
Valentine by Elizabeth Wetmore
This was her debut novel and I loved the way she skillfully told the story through multiple narrators.
★★★★★★ 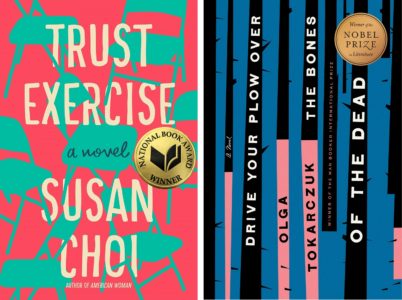 Judith Ohikuare
Dark Tales by Shirley Jackson
Shirley Jackson is one of my favorite writers, so I’ve been wanting to read this collection for a while. I don’t know that it would be considered perfect (but what is?), but it was perfect for me. She’s incredible at creating characters in such a small amount of time, and ones I really felt for in some stories. I struggled to get through some of this book because there’s such a pervasive sense of dread; even if I didn’t understand what was happening perfectly (Jackson leans heavily into ambiguity in this collection), the feeling was spot on. It’s something I aspire to create in my own work.
Spinning Silver and Uprooted by Naomi Novik
I want to write fantasy like this! I absolutely love when people take existing fairytales and folklore and put a new spin on them, and Novik is a master at that. I devoured both of these books. Spinning Silver is a very loose take on Rumplestiltskin and Uprooted on… I don’t even know what precisely, but it was awesome. There’s even romance in both—but not in a way that feels reductive or like an afterthought. (It’s even a little sexy in a scene or two if that’s your thing—but definitely PG-13.) This was a wild year, of course, and once I got back into the swing of reading, I fully enjoyed getting lost in these stories.
homie (my nig) by danez smith
I love this collection, evidenced by the notes and lines I scribbled (in pen!) in my copy at home. smith’s poetry is heartfelt, witty, intelligent, tender, and really made me think. I felt like a better poet after reading this; it feels like a true testimony to craft and also to self (also clear by the dual title). I was so inspired by it that I used one of their poems (“i’m going back to Minnesota where sadness makes sense”) in a workshop prompt, which you can find on NYWC’s Instagram page here. Try it out if you’re looking for something to get you writing.
★★★★★★

Avra Wing
House on Endless Waters by Emuna Elon
A mesmerizing novel about searching for one’s identity that flows from the present to the past and back again
Odes to Lithium by Shira Erlichman
Remarkable collection of poems
When Time Stopped: A Memoir of My Father’s War and What Remains by Ariana Neumann
An amazing reconstruction of the author’s father’s experience during the Holocaust
Stoner by John Williams
Extraordinary novel about an ordinary man
★★★★★★ 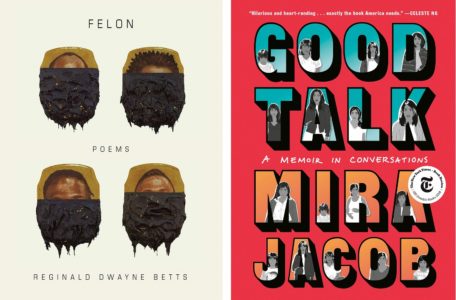 Aaron Zimmerman
Felon by Reginald Dwayne Betts
A stunning book of poetry, including four powerful erasure poems created by redacting sections of legal documents challenging the incarceration of people because they couldn’t afford bail. This book has so much heart, intelligence, and honesty, and packs some serious emotional gut punches.
Good Talk by Mira Jacob
This graphic memoir explores race and identity through a series of conversations, including between Jacob and her 6 year old bi-racial son, soon after the 2016 election. The humor, sophistication, and creativity of this book combined with the serious and unanswerable questions it raises make Good Talk a unique and vital work.