Between the two of them, Donnetta Lavinia Grays and nicHi douglas have careers that span playwriting, screenwriting, acting, dancing, and directing for stage, television, and film. That’s a lot of ground covered—but creative breadth is increasingly common among artists today. Join Grays and douglas on Saturday, December 19 as they speak on a panel moderated by NYWC Interim Program Director Calley Anderson about multidisciplinary art. They’ll share their experiences, processes, and explain how they refine their writing craft and express themselves fully while wearing multiple hats. 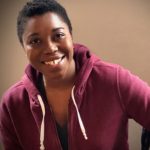 Donnetta’s acting credits include Broadway’s IN THE NEXT ROOM OR THE VIBRATOR PLAY and WELL. She has originated numerous roles including the Off-Broadway debut of her solo show WHERE WE STAND, O, EARTH (The Foundry Theatre), MEN ON BOATS (Playwrights Horizons/Clubbed Thumb) OF GOVERNMENT, TIN CAT SHOES and 16 WORDS OR LESS (Clubbed Thumb), BE THE DEATH OF ME and IN THE FOOTPRINT (The Civilians- as an Associate Artist), and SHIPWRECKED! AN ENTERTAINMENT (Primary Stages). Regionally, she has enjoyed runs at American Conservatory Theater, Barrington Stage, Westport Country Playhouse, Arena Stage, Hartford Theaterworks, Portland Stage Company, Baltimore Centerstage, Huntington Theatre, Oregon Shakespeare Festival and LA Women’s Shakespeare Co. She is a 2-time Connecticut Critic’s Circle Award Winner and a Helen Hayes Award Nominee. Her film and TV credits include THE BOOK OF HENRY (with Naomi Watts), WILD CANARIES, THE ENGLISH TEACHER (with Julianne Moore), THE WRESTLER (opposite Mickey Rourke and Evan Rachel Wood). She’s enjoyed recurring roles on NEW AMSTERDAM, HAPPY, RUBICON, MERCY and Law and Order: SVU. And guest starring roles on HIGH MAINTENANCE, THE NIGHT OF, BLUE BLOODS,THE BLACKLIST, A GIFTED MAN, LAW AND ORDER, L&O:CI and THE SOPRANOS. She is a Civilians Associate Artist and a frequent cast member of many Outside the Wire/Theater of War projects. Donnetta is a Part-Time Lecturer at The New School of Drama. BA: College of Charleston. MFA: University of California, Irvine. 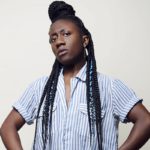 Radio Interview with Louie b. Free