NY Writers Coalition’s annual Write-A-Thon is a daylong creative writing event at the beautiful Writers Room in Greenwich Village. Participants can work on existing pieces, write new ones, continue research, or join writing workshops to brainstorm ideas. To sign up for the Write-A-Thon, interested writers must raise at least $200 and then email Development Manager Judith Ohikuare (judith@nywriterscoalition.org) as soon as they’ve met that goal.

Only 50 spots are available, so start fundraising today!

Participants can spend the day doing whatever writing activity inspires them: generating new material, revising an existing piece, delving into research, or submitting a finished piece for publication. They can even attend a free NYWC-style writing workshop or sit back and free write. There will be plenty of coffee, a break room full of snacks and good company, Wi-Fi throughout the space, and amazing prizes donated by our partners! (See below) 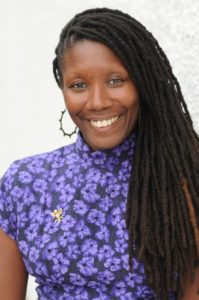 We’re thrilled to have award-winning author Nicole Dennis-Benn join us at this year’s Write-A-Thon.

Dennis-Benn is the author of the critically-acclaimed novel Here Comes the Sun, which was a New York Times Notable Book of the Year, one of NPR’s Best Books of 2016, an Amazon, Barnes & Noble, Entertainment Weekly, and Kirkus Reviews Best Book of 2016, and received a starred review from Kirkus. She is also a Lambda Literary Award winner, named by Time Out Magazine as an immigrant making a stamp on New York City, and has been a named a finalist for the Princeton Arts Fellowship, the Center for Fiction First Novel Prize, the National Book Critics Circle John Leonard Award, and The New York Public Library Young Lions Award. Her second novel, Patsy, is forthcoming in June 2019 from Norton/Liveright.

Dennis-Benn teaches in City College’s MFA Program and in the Creative Writing Program at NYU; and has been awarded fellowships from MacDowell Colony, Hedgebrook, Lambda, Barbara Deming Memorial Fund, Hurston/Wright, and Sewanee Writers’ Conference. Born and raised in Kingston, Jamaica, she is a graduate of St. Andrew High School for Girls and Cornell University; and holds a Master of Public Health from the University of Michigan, Ann Arbor, and an MFA in Creative Writing from Sarah Lawrence College. She lives with her wife in Brooklyn, New York.

Top fundraisers are eligible to win a number of prizes from noted individuals and institutions across the city, including professional headshots, an astrology reading, an Amazon Kindle, and any of the following:

Click on the logo and learn more about applying to become a member of The Writers Room, the premier writing space in NYC.

A Year-End Message from NYWC